A stand against captivity 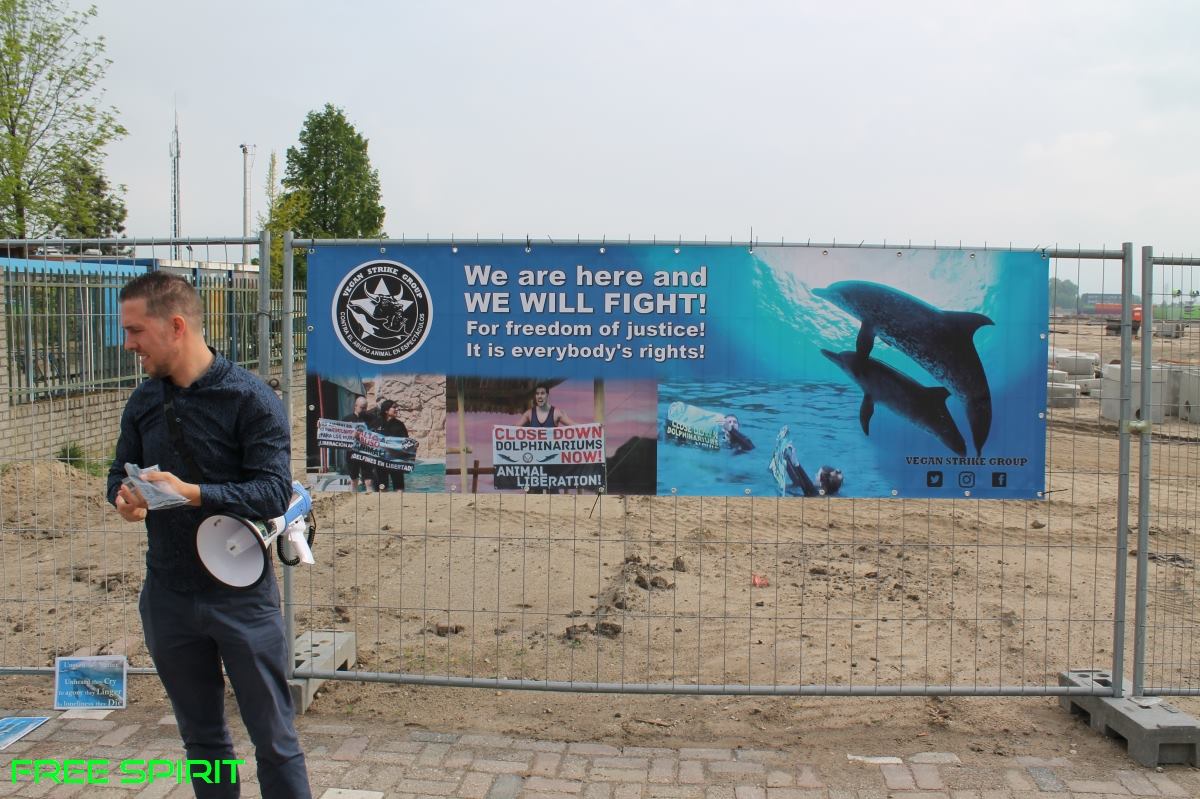 At Saturday, May 13, the day people fought worldwide for the cause of Empty the Tanks. This, by educating people about the stories of the animals and their road to the parcs.
In the Netherlands, a group of people stood in front of Dolfinarium to give people information about the show they were about to witness.
What goes on behind the scenes? Maybe some of you have already seen the episode of RamBam, a Dutch show, where they showed footage and backstage stories about the dolphins. And maybe some of you know a few of these organisations that fight for these causes.
It is sad to see all the horrible things that happen to these animals. 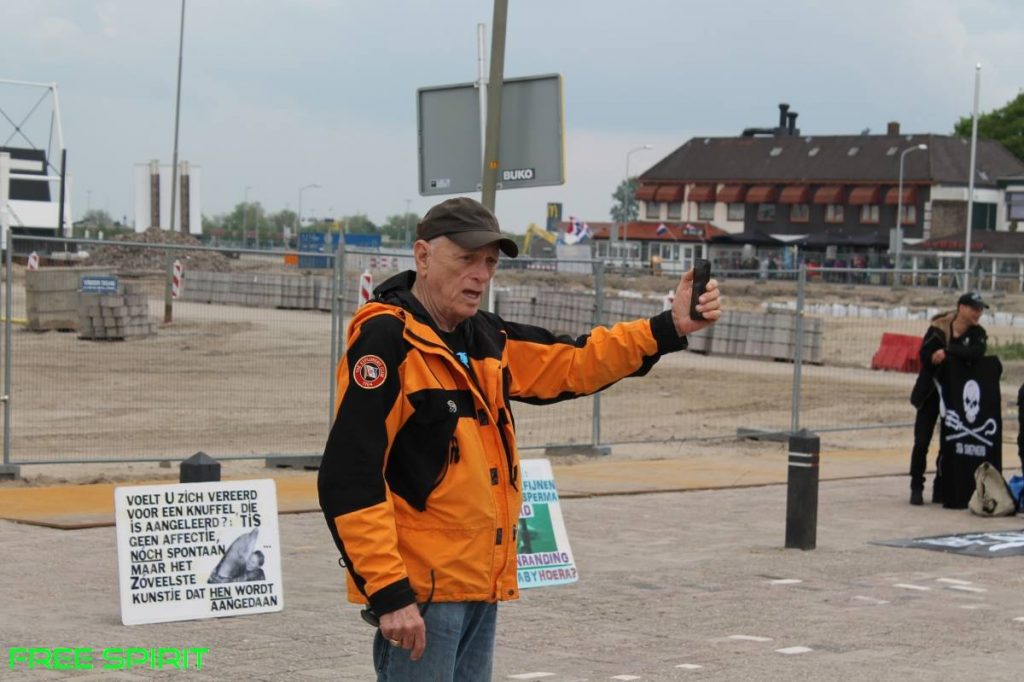 Ric O’Barry was there as well! The founder of the Dolphin Project, an organisation that is active in fighting for the freedom of dolphins in aquaria, was happy to see people cared as much about dolphins as he does. Education is key and that is just what he does. As a former trainer of Flipper, he knows how the industry works and how cruel it is for many animals to be locked up, far away from family.
Even though many will feel he is hypocritical, he is fighting for years now to turn around an image that he, among others, once created: that it is fun to keep animals caged up and that they don’t mind.
And with an expert like he is, it is experience he can share and with that educate a lot of people. 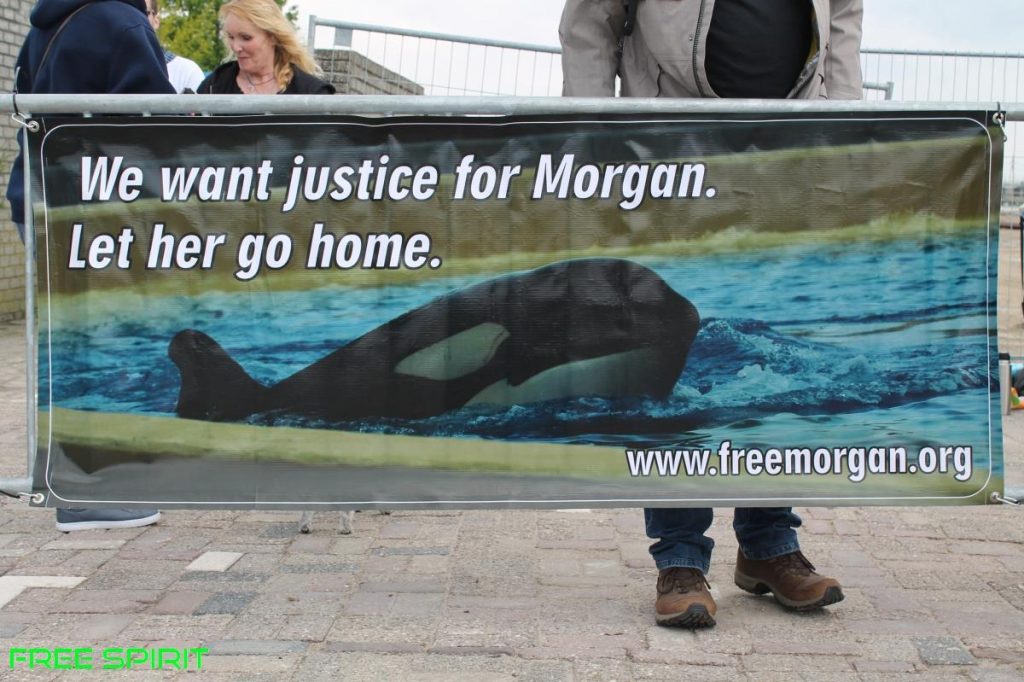 There were also signs for Morgan, the Free Willy story of the Netherlands. She was taken as a refugee, but even when it was possible for her to be set free, the Dutch government sold her to Loro Parque in Spain.
She is now transformed into a cage-animal, but still a young one. All the signs are there for experts, she wants to get out. You can’t just steal an animal and child from a family and think it is okay. What if it was yours? 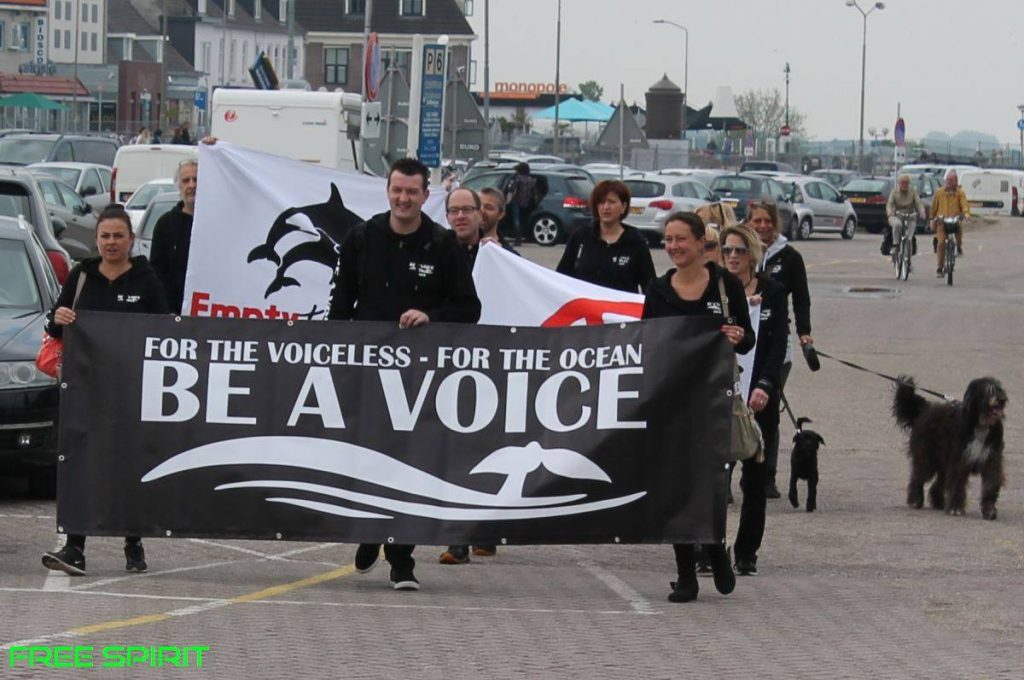 Want to learn more? Check the websites below.

Photos by:
For the ones that have facebook: Free Spirit Dolphin Advocacy Group