Amazon Indians and rainforest under attack 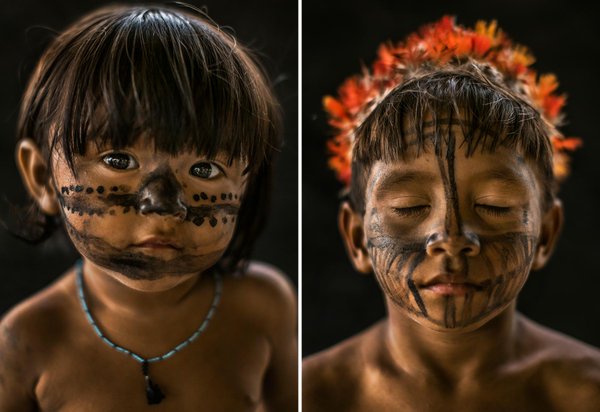 The beautiful Amazon rainforest. Everybody knows this majestic place and maybe some of you have been there once.
It is threatened. And ofcourse it has been threatened for a while now, except now it is going downhill fast just so we can have a piece of meat on our plate or a specially made table from Amazon wood.

“The Gamela, who number about 1,200 people, have been occupying cattle farms established on what they claim is their traditional land. In the disputed areas, forest has been cleared and replaced with cattle pasture.

The attack is part of a disturbing trend in Brazil that indirectly threatens the preservation of large areas of the Amazon rainforest.
INPE detected an overall increase of almost 30% in deforestation for the region.

A study carried out in 2015 by IPAM, an NGO set up after the 1992 Earth Summit in Rio de Janeiro to produce scientific knowledge about the Amazon − found that the indigenous areas, estimated to contain 13 billion tonnes of carbon, will have avoided 431 million tonnes of carbon emissions between 2006 and 2020.”

That is huge! There are people living who save our asses and we just keep on buying a piece of meat and not care at all where it comes from. Consumption and overpopulation is the cause of these big destructions, which leads to the destruction of us. Think before you buy.

“Yet in spite of the obvious advantages of respecting indigenous areas, not just for their inhabitants but for the whole of Brazil and for the global climate, government and politicians seem more interested in clearing the forest for agricultural and mining projects.”

Making space for cattle farms. 1.5 Football field is erased évery second.
What can you do? Contact organisations and see where your qualities can help. Not for you? Spread the word, education is key.

Article on climatenewsnetwork.net about the attacks on the Amazon Indians and the forest