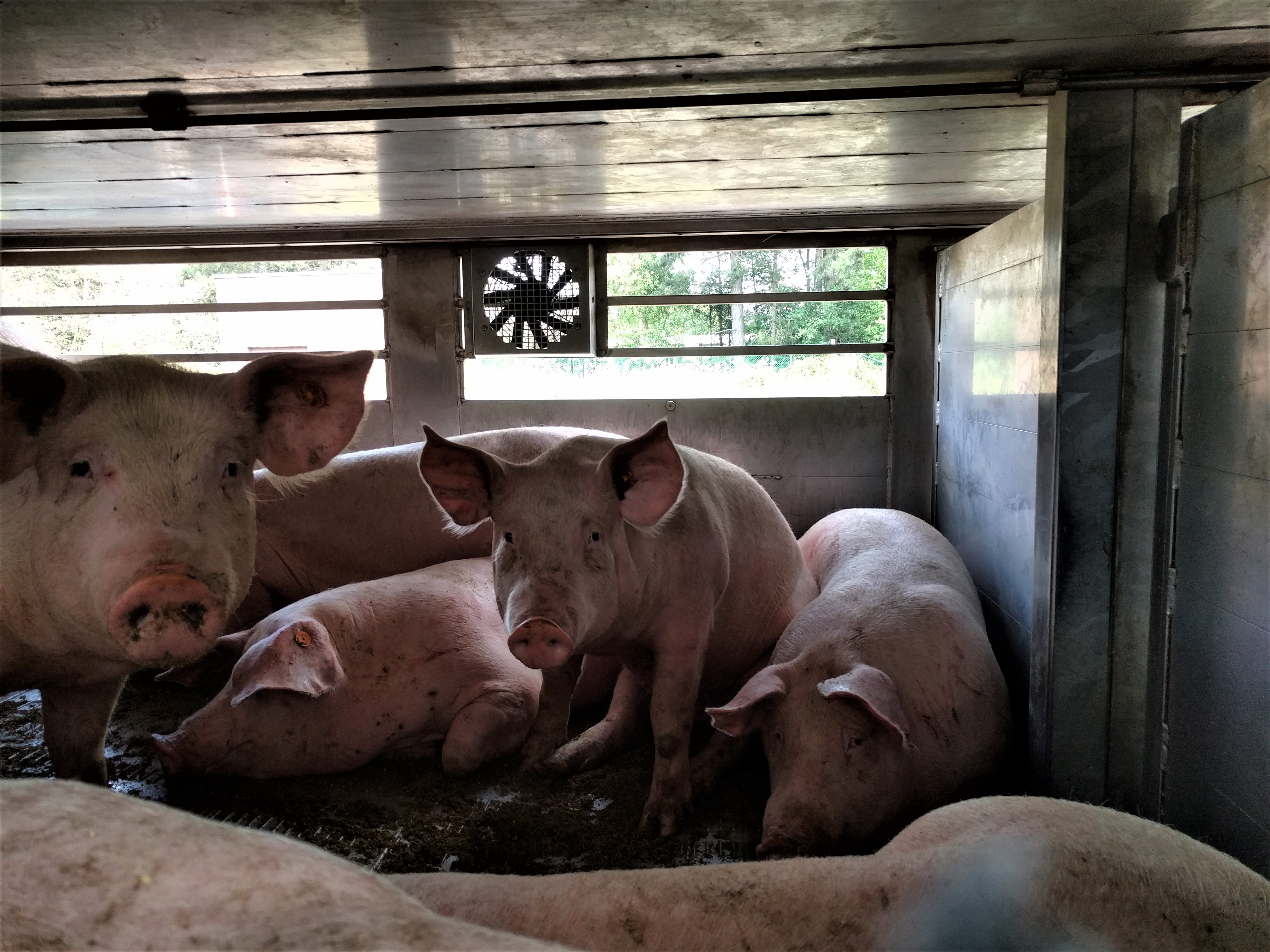 Have you ever seen those trucks full of pigs or other animals ready to be taken to the slaughterhouse?

Eco-u fights for people not to be treated as objects to make our clothes, as numbers just living poorly, as a way to get what we want.
People are part of this planet, so are other living beings.
This is how they are treated, like objects. Like a piece of meat.

We understand that some people may say, those living pigs áre a piece of meat. But wake up, those pigs are probably even smarter and more compassionate than some human beings in this world. Pigs are alive, they háve feelings like you, so let them be treated like you would want to.
We do understand that some have a religion where pigs are unsanitary. But wake up, if God created these living beings than you should respect them. And by the way, pigs are really sanitary animals thanks to the mud they scrub themselves in (know that all the money you touch daily or buttons you push are more filthy).

A pig is smarter than a dog. We don’t do this to dogs, do we? If we would see a truck filled with dogs ready to be slaughtered, we would be horrified. They are covered in dirt. This is not the new normal. You can see the wounds, tails cut off, the blood and the look in their eyes. 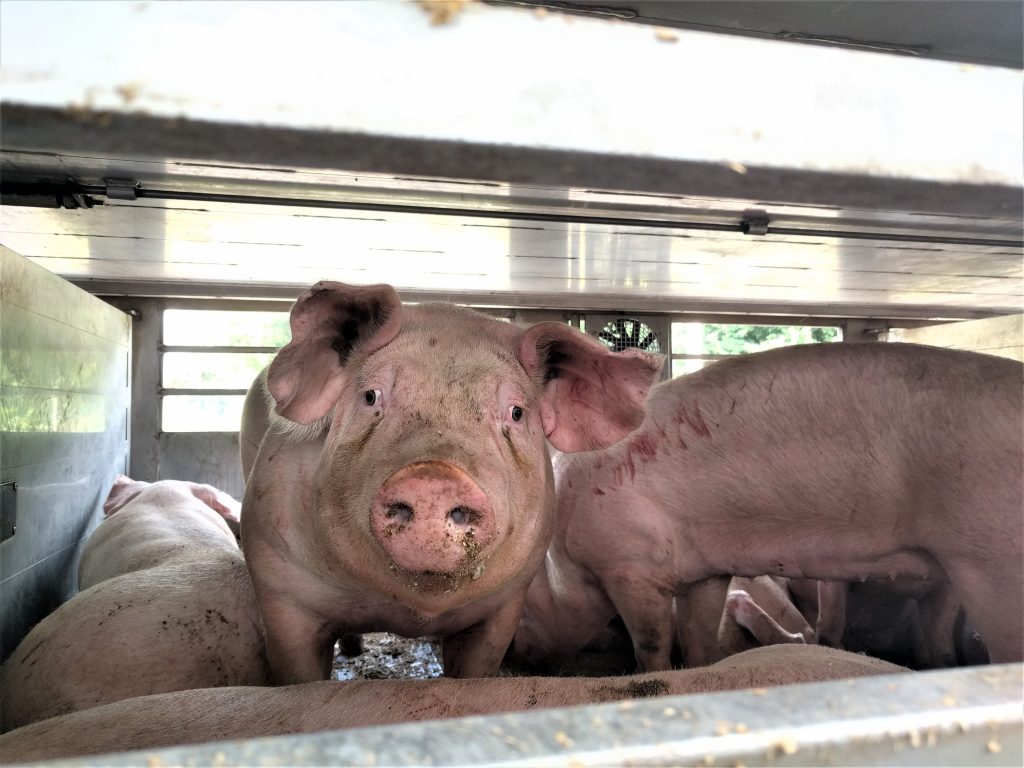 We don’t have the right to do this, so change the rights for those who make your life a little more comfortable.

Filed Under: Animal friends
Tags: Pigs, Transport
They deserve it
How to make a bee bath