Sign if you think Morgan has the right to be free 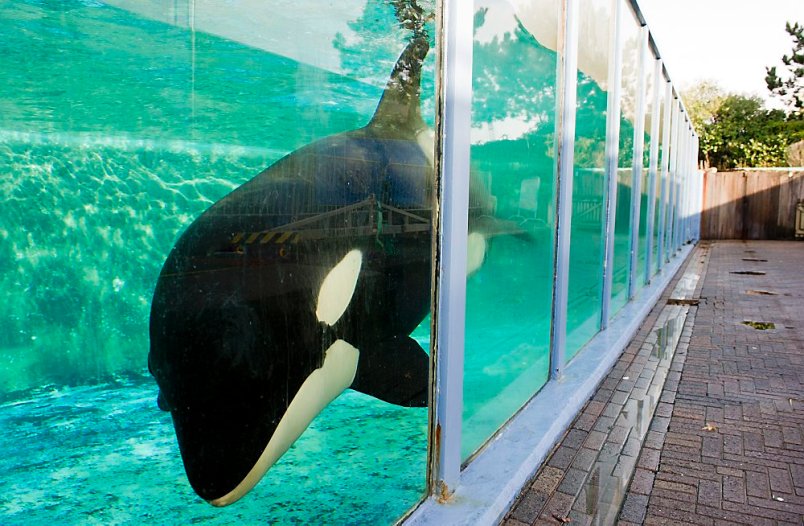 We can all agree that every living organism on earth deserves to be free.
Animals are no different, as we are animals ourselves.

Zoos and aquaria are still in the spotlights because of the hypocrisy of keeping an animal in a cage and the whole process before that, while telling people they ‘care’ for animals. Education our ass! I don’t need to see dinosaurs in real life to learn about them, right Ric O’Barry? And I don’t need to see other animals caged up to learn how they live in a cage. It is not realistic and it is sad.

Want to learn your children about the animals on this planet? Planet Earth has great documentaries in HD quality to teach them about the true behaviour of animals. Share the love of animals with your children.

Back to where we came for: Morgan. Remember the baby orca that was lost in The Netherlands?
“Since Morgan was captured from the wild in 2010, every moment she has lived seems like a nightmare. For 18 months, Morgan was confined to a tank in a Dutch theme park -(Dolfinarium, Harderwijk.)- so small she could not even exhibit normal body posture. She was then moved to another entertainment venue, Loro Parque, where she currently resides in the Canary Islands.” Morgan at Loro Parque. This suicide attempt made headlines as it was filmed by a tourist.

There was a plan, there was a way for Morgan to get back on her feet. Why not set her free? Money. Even her suicide attempts aren’t worth to think it over. She has wounds, she is depressed and she is going insane. Who wouldn’t be?
So now we have to be strong and tell Loro Parque Morgan deserves to be free and has the right to be happy.

Petition on thepetitionsite.com to let Morgan free
Article and video on Nature World News about the suicide attempt of Morgan
www.freemorgan.org