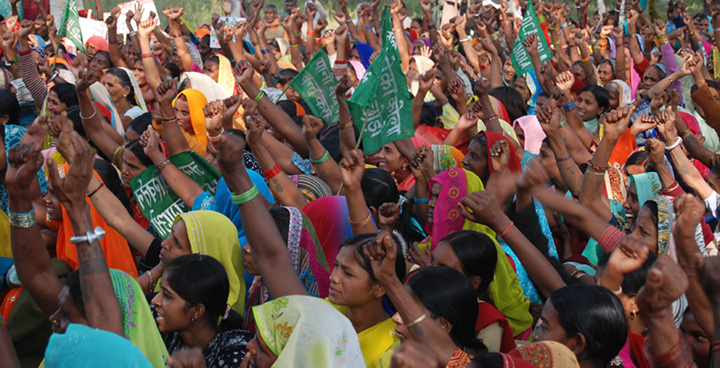 Coca-Cola, a name you either love or hate. An oldschool fan or a new activist against plastic.
Either way, what Coca-Cola does in Mehdiganj is untolerable and needs to stop.

Mehdiganj, India. A village in the state of Uttar Pradesh where they speak Hindi as their local language. The town has a water problem since 2001 due to a lowered water table, mostly caused by Coca-Cola that built a plant there in 1999. So for more than fifteen years now, this town struggles with water and that needs to end.

“Mehdiganj villagers have been protesting against the Coke plant for years. Meanwhile, Coke has spent much of this year pressing for a massive expansion of the plant that would increase water use by five times.”
The groundwater is not just for drinking or washing, it is also the groundwater that is needed for the crops. So not only their drinking water is in danger, their food is taken away too. And not only do they táke water, they also lead the wastewater, which is the water used during the process, into the Ganges while it is full of chemicals.

“Coca-Cola’s pollution continues across India and is a serious public health issue.”

Eco-u finds it ridiculous that the big companies can still have so much power, and people suffer by it unnecessarily.
Luckily the Story of Stuff Project agrees with us. Do you agree as well? On their website you can tell the Coca-Cola company to quit disrespecting people AND “follow the Pollution Control Board’s order” by closing their operations.

Filed Under: Human friends, Planet
Cambodia Acts
Save it