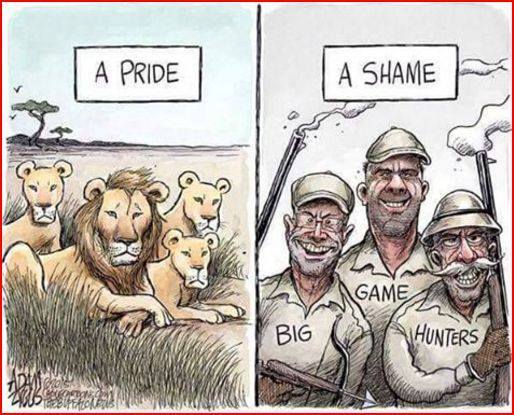 Everyone heard about the reverse on the ban of importing hunting trophies in the United States Trump wanted.
After all the commotion, even Trump had second thoughts and outed he wasn’t a big fan of hunting as well, in contrary to his sons.
But not just Trump doubted this decision, now officials denied his request to validate the reverse on the ban.
“The Federal Court of Appeals has invalidated the decision to allow the import of animal parts from trophy hunts from Zambia and Zimbabwe!”

This is great news. “Every fifteen minutes an African elephant is killed, be it by poachers or trophy hunters, causing populations to drop by a drastic 62 percent in just ten years! Scientists estimate that at this rate, the species could go extinct in the wild by the end of the next decade.”
Of course there are horrible things happening all over the world, but to have this piece legally written down to be prohibited is very good news. It not only secures the safety of the animals bit by bit, but also shows there is more we can do to protect what is protecting us.

Good years resolution? Make the change within your reaches and inspire to go beyond.

Filed Under: Animal friends, Planet
Tags: Court, Hunt, Trump
Do you deserve freedom? Why do tigers not
Happy New Year